Skip to content
This post may contain affiliate links, purchases made through affiliate links may provide a commission for us, at no extra cost to you.

Solar plants in the united states contribute 71.3 Gigawatts of electricity to the national electric grid. There are over 2500 solar farms in different states, with a majority of them being small. What are the advantages and disadvantages of living near a solar farm? Let’s find out.

Disadvantages Of Living Near A Solar Farm

Disadvantages Of Solar Energy Farm To The Environment

Solar farms sit in extensive tracks of land. The vast tracts of land, mostly in the USA’s western states, are home to thousands of wildlife. Insects, birds, and other more giant land animals depend on the desert ecosystem to survive. How inhuman can we humans at times be?

The construction of the Ivanpah solar project located in Mojave Desert, California, faced a lot of criticism. Despite facing criticism from various wildlife conservation agencies, the government proceeded with its construction. As a result, thousands of desert tortoises lost their habitat. Currently, these animals are endangered.

The increasing number of dead birds around the firm has also raised eyebrows. Researchers have attributed the occurrence to the intensive rays that the panels reflect.

If you live near a solar project and experience regular headaches and restlessness, then go for a checkup. It can be life-threatening if not treated. It would be best to if diagnosed early to make treatment comfortable.

Improper disposal of waste materials from solar facility are also very hazardous to the adjacent community. The waste materials, mainly energy storage materials like batteries, are electromagnetic. It is essential always to raise concerns in case of any mishandling of solar waste.

People living with electromagnetic sensitivity should not live near solar tech farms. If diagnosed with the condition and live nearby, consider relocating to a new place. You will be saving your life and that of your family members who are not yet been affected by electromagnetic radiation.

When was the last time you take radiation reading in your home or office? Here’s how you do it now.

There are several things that people who are aspiring to be homeowners consider when buying a home. Apart from the good interiors and the size of the house, the surrounding view is also critical. In the past, good places were in demand. The current generation chooses comfort overlooks.

If you live near a solar industry, the panoramic view that mother nature offers disappears. The continuous stretch of blue is all that the eye sees. Such environments are not suitable for relaxing because to relax the eye, shouldn’t keep the eye engaged. It cannot compare to the beauty that swaying trees and birds flying from tree to tree offers.

Who wants to live in such an environment? There’s negative effects of solar farms on property values.

Btw, did you know solar tubes can make your house brighter at lower electricity cost. Here’s my post on solar tube pros and cons.

Advantages Of Living Near A Solar Farm

If you can live with those cons, here’s the pros of living near solar farms to cheer you up.

Solar power produces clean energy that is cheap to harness. It is expensive to construct a solar infrastructure, but good government policies make it affordable. The federal government gives up to 30% tax credit on solar equipment required when setting up the solar generation plants.

Research done by IRENA revealed that solar and wind energy is the cheapest form of power to produce. Energy from wind turbines goes for $0.04 per kWh, while solar goes for $0.10 per kWh. Subsequently, energy from fossil fuels trades at $0.17 per kWh.

So, what are the advantages and disadvantages of solar energy? Read my post on unbiased pros and cons of solar power here.

Solar Panel Fields Are Quite

If you feel fed up with the city’s hustle and muzzle, consider living near a solar farm. Solar farms are positioned in a reasonably flat area away from severe human activities. In most cases, solar panel fields are usually quiet and peaceful.

The Topaz farm, for instance, was built in the plains of Carrizo. It is diffusely populated to minimize possible distractions. Residents living around Topaz have peace of mind because of the minimal human activity.

Moreover, the process of harnessing and storing solar energy is also silent. It is incomparable to living near a wind harnessing plant. The wind power plants have mortars rotating throughout the day. People living near such plants have sleepless nights because of the grinding sound of the motor.

When planning to buy a house or build one, consider getting a prime plot near a solar farm. The solar panels reduce the beauty of Mother Nature. Still, the peace and tranquility in such areas make them serene for living. It is also appropriate for a retirement home. At old age, living in a silent place is important because all that the mind needs is peace.

Solar is a very reliable source of energy among other renewable sources. Technology has made it better because, unlike the old solar panels that relied on sunshine, the improved version relies on light. You are therefore assured of power on both rainy and sunny days.

Moreover, some solar energy companies connect the people living near the farms freely as a token of appreciation. The power connected to the neighboring community is very reliable. You know how power cuts spoil plans. Relocate to a house near a larger scale solar facility to avoid power cuts.

Furthermore, solar developers have full-time engineers on site. The engineers respond fast when a technical occurs. Panels are serviced regularly. The fact that most solar company are small rather than large scale solar farms makes running checkups easy.

Read my post on different battery types for solar lighting more efficient use.

The environmental condition of a place is a significant consideration when buying a home. A home should be peaceful and healthy to live in. this has made many people prefer living near green energy production plants.

Solar does not produce any harmful gases to the environment. Co2 per kwh is significantly low. The process is simple. Solar panels harness the energy from sunlight, and it is stored in extensive storage facilities awaiting distribution.

Imagine living near a coal mining site. The amount of dust particles in the air is alarming. Living in busy cities is not any better because of the carbon emissions from motor vehicles and dust.

The majority of people living near plants use solar energy in lighting and cooking. The air in such environments is very pure and healthy. Experts say that if more resources are allocated to solar power harnessing, atmospheric toxicity will reduce by half in 30 years. The study is based on the amount of carbon released into the atmosphere due to using fossil fuels (Co2 per kwh).

So, what type of panels are safer? Here’s my guide on types of solar panels.

Security is a significant concern of the solar developments construction process. This is because of the vulnerability of panels to theft. The panels are mounted on open spaces to maximize the amount of sunshine.

As a safety precaution, CCTV cameras and electric fences are used to secure the resources. Furthermore, in private and public plants worth billions of dollars, security is paramount. In some massive solar farms, a security base is built to secure the facility. See details here.

Neighboring residents benefit from the security measures put to guard the solar power plant. Incidences of security breaches are sporadic in such places because of the 24-hour security patrols.

When an attack occurs, the authorities respond immediately. Immediate response is necessitated by the dangers that can occur if the solar system is tempered with. The significant voltage of power in the system can be dangerous; therefore, the farm should always be under close tight watch.

Running an energy farm is an intensive exercise that requires a substantial number of workers. From the technical staff to manual workers, a single farm can employ up to 500 people. The availability of jobs makes it easy for residents to earn a living.

You can also look into other business opportunities that a solar farm offers. For instance, workers require residential buildings, food, and other basic stuff—seize such golden opportunities.

The US government has made significant strides to reduce carbon emissions to the environment. One of the notable moves is the massive investments in the construction of solar farms. They produce energy for thousands of families.

Despite constructing several solar power farms, the government has done little on researching the impacts it has on the neighboring residents. Is it safe to reside around solar firms? What are the health hazards it has in our bodies? And now you have solar farms pros and cons to weigh your own.

There are several positive impacts that solar has on the environment. However, it is futile to have a clean environment with sick or unhappy residents. Through the relevant authorities, the government should conduct a conclusive study on the impacts of living near a solar farm. The results of the studies should be gazette and proceeded by legislation. This way, you will know how close to a solar power farm you can live without experiencing any side effects. Take radiation readings regularly to be on the safe side.

Until then, you got my blog on advantages and disadvantages of living near a solar farm.

Read how to convert 24volt to 12volt power for solar system here. 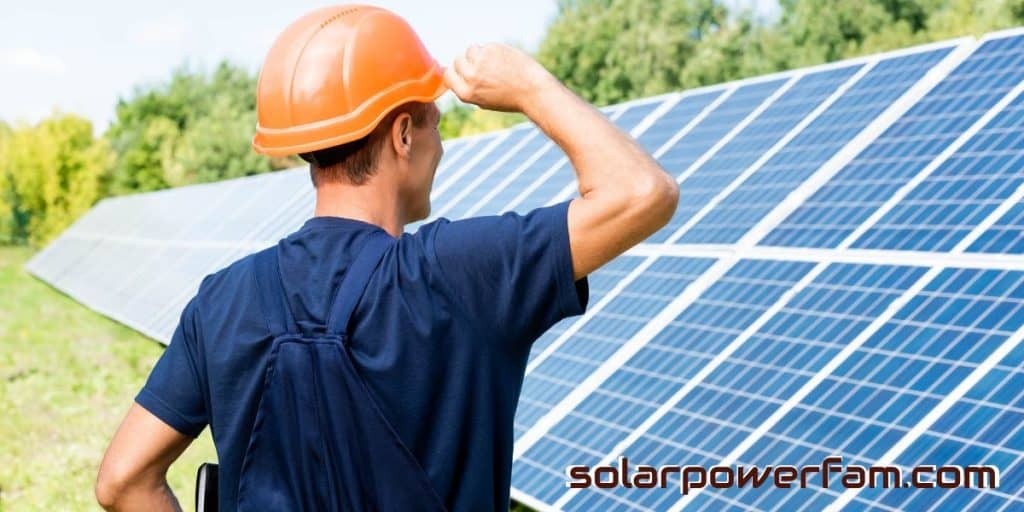 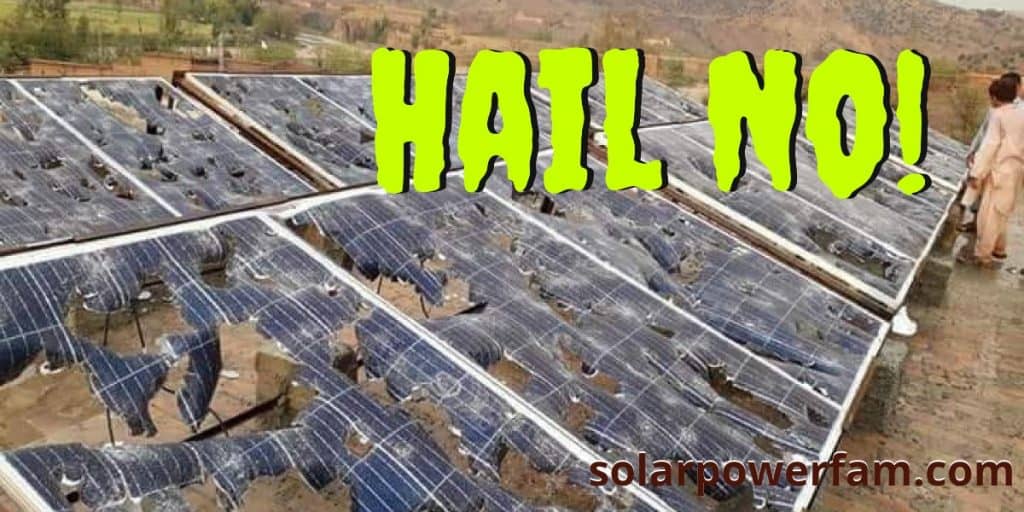 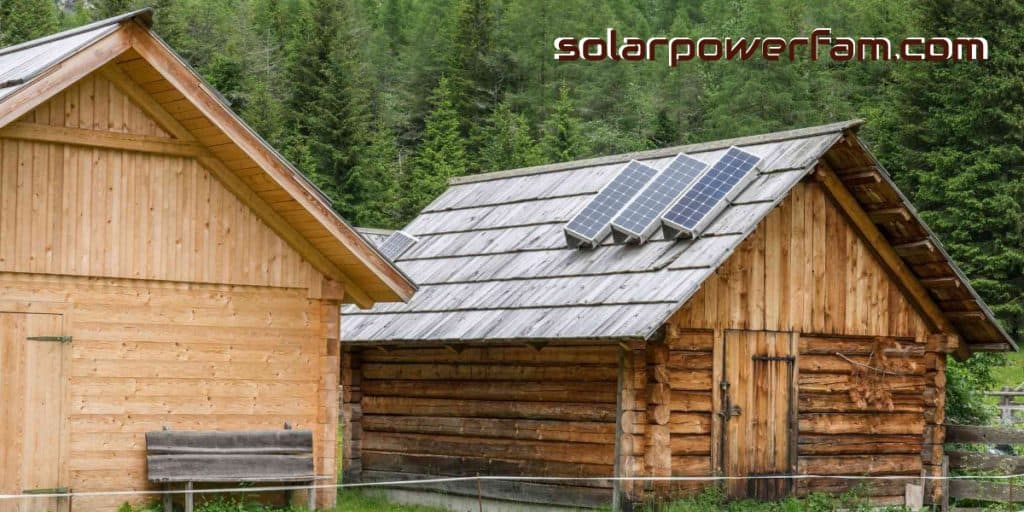