Inverter VS. Generator – DC TO AC And Mechanical To Electrical

What is the difference between a generator and an inverter? The generator generates electric power from another source of energy (e.g., fuel which is chemical energy to electricity), but the inverter only converts the electric power from one form of current to another (e.g., 12v DC to 120v AC). The source energy of the generator is not only electric, but also solar, wind, hydel, heat, or steam, but the source energy for an inverter is DC power.

Read why do solar cells need an inverter here.

What Is An Inverter

An inverter is an electric appliance having a circuit that functions to convert 12/24/48v DC supply input to 240/120v AC supply output. The inverter itself is not a source, and it requires a DC electrical power source to function. It does not convert 12/24/48v DC (direct current) directly into 240/120v AC electricity (Alternating Current), but first, it converts it into 12v AC and then uses a step-up transformer to raise the voltage to 240/120v as designed.

Power inverter is an electronic machine of a very compact design having micro-controllers that has auto and manual control of various options, many transistors like BJTs and MOSFETs connected through H-bridge, filters to remove unwanted frequencies and transformer to step-up or step-down the voltages in case of multi-directional inverters. Read my complete guide on power inverter here. 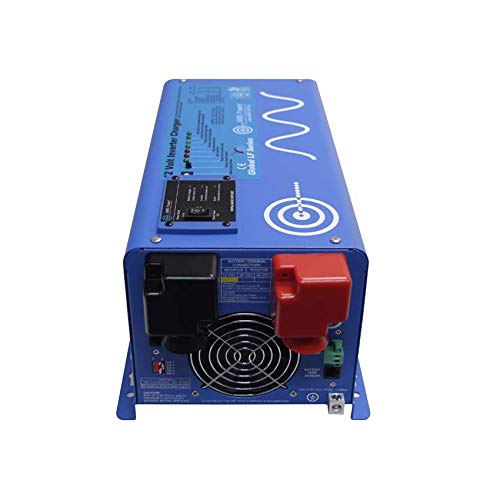 Here’s my comparison on NiCd Vs NiMh For Solar Lights.

What Is A Generator

A generator is a power harnessing machine, that converts mechanical energy to electricity. There are various sources can be used to drive its mechanical mechanism, which is coupled with an alternator.

There are two fundamental components of power generators. First, it’s running energy source, which can be a diesel engine for diesel generator or a turbine rotated through any source like, solar, hydel energy, wind energy, or steam. Then there’s the alternator.

Alternator itself is made up of two components, the conductor coil, which is rotated in the second one is a magnetic field created between poles to generate voltage.

The generation voltage of conventional generator or portable generator is either 120v/240v, and some of them come with the multi-option, but the voltage at power generation plant is between 11kv and 25kv. 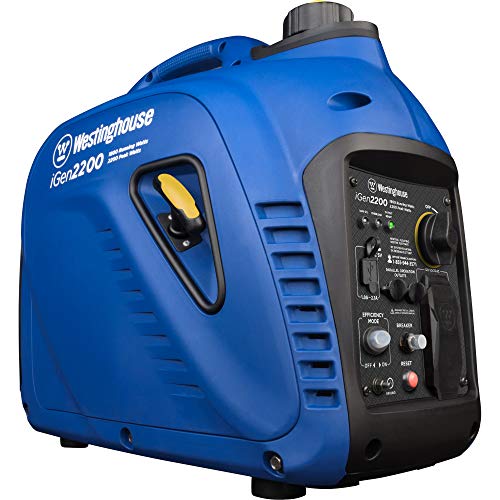 Read the Pros And Cons Of Solar Energy here.

If you have your own generator at your office, home, industry or off grid living setup that offers various advantages.

What Are The Advantages And Drawbacks To Solar Tube Lighting? Read here. And Solar Tube Costs here.

What Is The Difference Between A Generator And An Inverter

Efficiency Difference Between A Generator And An Inverter

The efficiency relies on the useful output in ratio to the given input. So, the efficiency of the inverter and generator can be compared on the following basis.

From the above comparison, it shows that inverters are more of an efficient electric machine because it does not convert one form of energy to another but just changes the form of current from DC to AC of electric power. Whether a regular generator go through at least two stages of energy conversion. First, generators convert fuel cell energy into mechanical energy, and then the mechanical shaft is coupled with the alternator to produce electricity.

Read the Difference Between 12v And 24v Solar System here.

Cost Difference Between A Generator And An Inverter

The cost is the most crucial factor to know before investing on anything. electrical power isn’t any different.

The price of the inverter depends on the load and considering the load fact, prices can exceed $1500. The average inverter output cost is almost $0.27 per watt. Compare inverter prices here.

Standard generator cost is different for different types of generators. It depends upon the driving source of the generator because that affects its power generation cost. Diesel generator is the most expensive, and after that comes natural gas powered generator, propane generator and gasoline generator.

The price varies from $1000-7000, costing an average little above 4000$. The average generator costs almost $0.24 per watt generation. The generator is designed to replace the grid supply in time of emergency, so they are bulky, huge, and difficult to move. There are portable generators for RVs, off grid living and outdoor activities, which cost less as their capacity is small. Compare generator prices here.

Availability Of Inverter Vs. Generator

In this global network era, the availability of everything is just a few keyboards touches away. The inverter of all ranges starting from 1000W to your required size are available at Amazon, eBay, Alibaba, and at many other E-Commerce sites. Inverters are designed to perform their job for a decade at least and taking simple care of them will make them last longer. Get it installed by correctly, keep it away from the contact of any kind of liquid, keep removing dust from it, and don’t do unnecessary button switching. In case of failure or any issue with an inverter, contact the manufacturing company it or call a local professional.

For generators, you can buy them from your local electric stores or online stores like Amazon, eBay, Alibaba, or any other. These websites will make it easier for you to compare generators and choose according to your requirement. Standby generators or portable generators maintenance is due after every 200 hours of use. To those in remote areas, I suggest you to not buy bulky generators but portable or ones that can be carried for maintenance work.

Portability Of Inverter Vs. Generator

Inverters come in various sizes according to their capacity. A 1000w inverter could be handy, but even for a larger capacity, it is not that huge and can be carried easily. See portable inverters here.

Read How To Get 12 Volts From A 24 Volt System – The Correct Method Here.

Harmonics Distortion Of Inverter Vs. Generator

Harmonics are the signal that disturbs the original frequency of the system. Harmonic distortion is the disturbance in the actual voltage due to harmonics.

For example: if an inverter gives 235volts instead of designed 240 voltage, it means harmonic distortion have resulted in the loss of 5v during the process. These can be very damaging if the distortion increases more than sustenance value of the machine.

Inverter like any other electric component having electronic circuits, can not sustain harmonics above 5% than its current conversion capacity. The first effect is, it heats up, and if distortion increases, transistors in its circuit can get completely damaged.

Here’s the Advantages And Disadvantages Of Living Near A Solar Farm.

What is the difference between a generator and an inverter generator?

An inverter generator adjusts its speed automatically according to the load demand, where a regular generator runs at a constant speed as designed.

The inverter generator offers the advantage of less fuel consumption than a conventional generator because it only generates power according to electric load demand. The inverter technology in generator is modern, which is more efficient, very less noisy compared to a traditional generator, has a perfect compact size that offers mobility, and is lightweight. For any outdoor need, off grid living, campsite plan, or RV an inverter generator can be your perfect partner.

What is the difference between a transformer and a conversion device?

A transformer transforms AC power by stepping up or stepping down voltages while maintaining constant frequency. A conversion device changes the form of current by converting DC power into AC or AC power into DC.

A transformer is the most important static electric machine of AC power system working on the principle of Faraday law of magnetic induction and mutual induction, which steps up the voltage at generating site for transmission and steps down voltages at distribution station.

An inverter is an electric appliance that is very crucial for a power system mixed with AC and DC systems. It converts DC input into AC output.

What are the differences between power and voltage amplifiers?

What is the most powerful portable inverter generator?

There are companies like Westinghouse and WEN making powerful, lighter, quieter, and efficient generators, but the most powerful one is Briggs & Stratton’s 30795 P4500 which has a 4-stroke engine, 4000 watts power, and 3.5 gallons tank volume. You can run this machine for straight 16 hours at 25% load. The perfect partner for your RV and campsite.

Inverter VS. Generator In A Nutshell

The inverters are the electric appliance that converts an electric current form of the power from 12/24/48v DC to 120/240v at 60/50Hz AC supply, but a generator is an electric machine that drives the alternator and harness electricity from another form of energy by first converting that to mechanical and then electrical.

The inverter generator is a new modern technology generator that is being preferred over traditional generators because of their mobility, small size, light in weight, quieter, and well efficiency.

Read my guide on Protecting Solar Panels From Hail. And here’s the Cost Of Solar Panels Per Square Meter. Don’t forget to check out the best angle for solar panels here.