Did you know the White House once had solar panels on its roof? Then they vanished. Then reinstall? Read on to know about the dark history and bright present of solar power in the white house.

President Carter increased the budget for the Department of Energy and provided tax credits for those who invested in solar power, in addition to installing solar panels on the White House roof. As a result of Ronald Reagan’s 1981 budget cuts, the United States fell behind other nations in renewable energy research and development.

The White House would not use alternative energy for 17 years until George W. Bush installed the first solar electric system. The solar energy system provided electricity and heated the presidential pool.

The project improved the White House’s energy efficiency and raised awareness of climate change and energy conservation. This project reflects President Obama’s strong commitment to U.S. leadership in solar energy and the jobs it will create here at home. Using solar energy will help America lead the global economy for years to come.”

The panels were kept in maintenance building storage until 1991 when Unity College in Maine refurbished and installed 16 of the 32 panels atop its cafeteria. The solar panels heated the water in Unity College’s cafeteria until 2005, utilizing their whole lifespan.

In 2010, Christina Hemauer & Roman Keller made a documentary about President Jimmy Carter’s original White House solar panels from 1979. The documentary “A Road Not Taken” chronicles the history of solar panels that adorned the West Wing from 1979 to 1986. 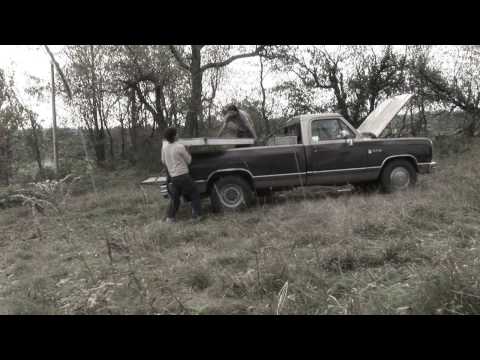 The original White House panels are now on display at the Smithsonian National Museum of American History, the Jimmy Carter Presidential Library and Museum in Atlanta, Georgia, and the Solar Science and Technology Museum in Dezhou, China. Jimmy Carter’s solar panel is displayed at NRG Systems, a Vermont-based wind and solar technology manufacturer.

The solar panels heat water for the first family, the White House laundry, and the cafeteria. President Carter said at the unveiling:

This solar water heater will still be here in the year 2000. If we don’t harness the power of the Sun to enrich our lives and move away from our crippling dependence on foreign oil, this solar heater will be a museum piece or a small part of one of the most extraordinary and most exciting adventures ever undertaken by the American people.

But he erred. No solar panels in the White House in 2000. We need to go back to the Reagan years to understand what happened.

The Reagan administration removed the 32 solar panels in 1986. There are reports that they were removed due to roof repairs, not out of spite or anti-environmentalism; it would be financially unwise to reinstall solar panels. President Ronald Reagan had a different take on energy consumption.

By 1986, the Reagan administration had slashed the DoE’s renewable energy research and development budgets and eliminated tax breaks for wind and solar energy installations, recommitting the country to reliance on cheap but polluting fossil fuels, often imported.

Reagan stated that the DOE had a budget above $10 billion to justify his opposition to Carter’s energy policies during an election debate. No oil, coal, or other energy-related products have been produced. Carter’s solar panels were crude, but they generated 12,264 kWh per year. That’s more than the average American household uses in a year or 9,197 pounds of coal.

In 2014, the White House’s roof received solar photovoltaic panels. 6x more powerful than the previous ones, they pay for themselves in 8 years.

But with Trump’s rollbacks on every progressive policy on climate change mitigation and renewable energy incentives developed by the Obama administration, who knows? For some reason, Carter’s solar panels are still on display in museums worldwide.

After all, his Chinese competitors now produce roughly 80% of the world’s solar water heaters.

President Donald Trump has spent much of his time promoting the fossil fuel industry. He set aside $500 million for clean coal research, mocked climate change, and pulled the US out of the Paris Climate Agreement.

Rather than encouraging growth in the renewable energy industry, he chose to stifle it by imposing solar panel tariffs on China. According to SEIA, these tariffs prevented the installation of more than 10 gigawatts of solar capacity. While he claimed that the tariffs were beneficial to American businesses and workers, the reality was quite the opposite.

According to Rolling Stone reports, the solar industry lost consumer demand, potentially putting 62,000 Americans to work in the solar industry. This led to the creation of 2,000 manufacturing jobs. At the very least, he spared Obama’s solar panels.

The President has a vision for a clean energy future that will inspire others to follow. The best thing you can do as a leader to inspire others is to set an example for them to follow. Not only in how you interact with others or approach work but also in your style and way of life.

Joe Biden, the new leader of the free world, has his work cut out for him. Our environment is in peril; the economy is on the verge of collapse, and, oh yeah, there’s a once-in-a-century pandemic wreaking havoc on homes and businesses around the globe.

Now is the time to get serious about presenting a vision that we can all desire. We now have some insight into what to expect from Joe Biden’s presidency and his vision for a clean energy future.

Solar panels are a source of fascination for some people. Others see them as a huge opportunity to become more resilient, financially savvy, and self-sufficient from the power company and inspire anyone who sees them.

Solar panels also allow us to be better stewards of the planet, providing hope to future generations that we are doing everything we can to leave our home in better shape than when we inherited it from our forefathers. Here’s to a brighter energy future for all of us.

There is a need for more white house solar panels. Some people are fascinated by solar power. Another perspective is that they are a huge opportunity to become more resilient, financially savvy, and self-sufficient from the power company and inspire anyone who sees them.

Solar energy allow for better environmental stewardship, giving future generations hope that we are doing our part. Our best to leave our home in better shape than when we inherited it from our ancestors’ hands. The future looks promising.

We all need a brighter energy future. Solar power in white house can be a big leap.