Why Do Solar Cells Need An Inverter

When you invest in solar panel installation, you invest for the better future of this world, but solar electricity comes with some limits. The limits of a direct current system. To go over those limits, you will require a solar inverter. Compare inverters here.

Read my guide on inverter vs. generator here.

Here’s my breakdown of Cost Of Solar Panels Per Square Meter.

Why Is DC Current Produced From Solar Panels

The process of charging electricity occurs in form of DC, which is why Solar Panels produce DC power as solar cells are charged through photons absorption. If we talk of electricity, AC power is artificially generated, and it does not exist in nature. However, DC power exists in nature, and the solar cells do not generate electricity but charge themselves through the solar energy in photons. Read my detailed guide on power inverter here.

Why Our Appliances Don’t Use DC Current

Now, this question arises as that why our everyday appliance cannot consume DC? Because, our distribution and utilization system of electricity is designed in AC. Even when our many home appliances such as laptops, cell phones, and other electric appliances consume DC, but they have already built-in circuitry to rectify AC into DC. Even these DC-current-consuming appliances require AC input.

Solar cells produce DC current, but we don’t use that directly and require an inverter to convert that into AC. So, that we can make use of that produced electricity.

The DC utilization is done in 12v, 24v, and 48 volts. Your appliances are designed to consume certain voltages, otherwise, they would burn out, and our utilization system is designed on 240v at 50hz or 120v at 60Hz.

If you try to feed 12v DC supply to your home appliances directly, which are designed to consume AC, it won’t work, will overheat and get damaged.

Read the pros and cons of solar tube lighting here, and cost of installation and maintenance for solar tube here.

Read the Difference Between 12v And 24v Solar System here.

To me, the only disadvantage they have is their initial cost, they are expensive, and will make you think for a few minutes before buying, but in the long-time run, they offer you only benefits. So, while buying an inverter, check out its warranty years and normal life.

What Changed By Using Inverters For Solar Cells

Certainly, you would require solar panels first. It is a transducer that converts solar energy to electric energy. It produces a 12v DC supply which is fed directly to the solar battery to charge. There is an immense variety of solar installation panels in the market, depending upon their efficiency and capacity.

Passivated emitter and Rear Cell (PERC) solar panels are leading the race, which has 5% more energy production, are more efficient than any traditional solar panel, require less area to power production ratio, and the most amazing thing about them is that they have the same manufacturing cost as other types of solar panels. 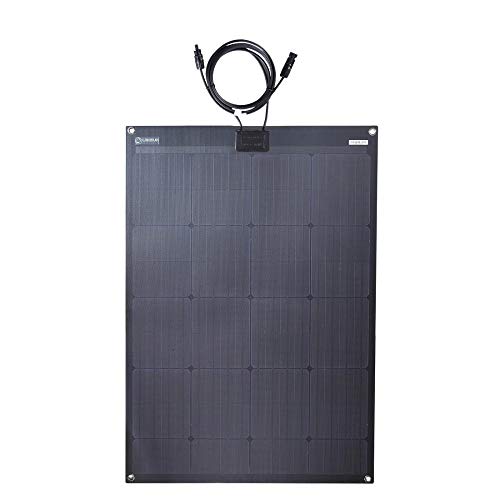 PERC has an additional anti-reflection passivation layer that absorbs more photons and produces at least 5% more electricity than any traditional solar PV system.

As mentioned above, Solar cells produce DC electricity, and that cannot be used directly with our usual home electric appliances. So, to convert that DC supply into AC electricity, we use power inverter.

These days inverters come with built-in charge controllers that provide a steady supply to the batteries and prevent overcharging.

Another benefit it provides is to charge batteries through the electric supply we get from the distribution network. That means you can even charge your batteries with normal AC power at your home through an inverter, in case of a rainy day or at night.

There are various solar inverters in the market such as String Solar Inverters, Hybrid Or Battery Ready Inverters, Off-grid Inverters, Micro Inverters etc. with prices ranging from $750 to $2500, depending upon their warranty years, isolating/tripping quality to voltage surge or fault currents, efficiency, and display screen. Compare inverter prices here.

The solar cells convert solar energy into electric energy and supply it directly without any storage capabilities. So, you cannot produce power from the solar panel on nights or rainy days when sunshine is quite low. Therefore, you need solar battery to store electricity and consume it later.

You can use any battery for your power storage, there are no specific, but Lithium-ion batteries with solar panels last longer than any other battery type. All huge battery brands have special batteries under the tag of solar energy, which offers longer life, overcharge tolerance, is easy to maintain, and is suitable for inverters. Compare solar batteries here.

How to connect a Solar Panel to a battery and inverter?

Modern inverters have built-in charge controllers, so in that case, connect solar dc supply to inverter. Then connect DC supply lines to batteries, which will automatically charge them, and drain out power, when needed. Then take AC power supply from inverter for use.

How should solar installers prepare for inverter failure?

The probability of failure is only when you go overcapacity, and in that case, a quality inverter trips the system. You will have to switch off the ingoing and outgoing supplies, then switch of extra load, and your inverter is ready to use. In case, if this doesn’t work, then contact the company that installed your solar panel system. Like any other electric appliance, if the solar inverter is used under its capacity, it won’t fail. They have longer lived and warranties.

Do you need an inverter to store energy for a battery?

No, you don’t. If you have a charging controller for steady supply to battery separately, then you don’t require an inverter for battery storage, but you will need it to convert that stored DC power into AC power to consume. Details here.

Which type of Inverter is suitable to work without batteries?

A solar panel without batteries would not affect the inverter, an inverter would keep converting DC supply to AC supply, but it will only work until sunshine. You can connect that inverted AC supply to your grid and save your electricity bills. This mechanism is usually used in agricultural forms to run the water pumps in the daytime. It significantly reduces the overall cost. Details here.

Can you use a Solar Charge Controller for a solar system without batteries and an inverter to drive dc load?

You can still use a charge controller to supply controlled power to DC load, but that system will only work until there is sufficient sunlight. The current supply does not remain the same whole day from solar panels, and it changes with a change in sunlight density. A charge controller is used to supply controlled current to batteries, and if you remove the battery and inverters from the system. Read about solar electrical ready panels here.

Will the solar inverter start if the batteries are dead?

The inverter does not produce or store electric energy. If there is no direct supply from solar panels and batteries are dead too, in that case, an inverter would have nothing to convert, and it would not supply power further.

Does an inverter without a solar panel save money, if it relies on the grid alone for charging batteries?

An inverter without a solar panel provides a backup supply in case of grid failure, but it would not save you money. The inverter and battery would cost you and the energy being saved for later backup consumption is at the same rate as grid direct supply.

If you are going to install a solar cell panels system, you should install it properly with an inverter having a built-in charge controller and batteries, so that you can seamlessly convert DC electricity to AC electricity. The Solar panel system without an inverter would cost you more than with an inverter because, in the first case, you will have to buy special DC Current consuming appliances, and those appliances would not run-on power from the grid. So, an inverter is a must with Solar Panel System.

Here’s my guide on solar panel hail protection. And here’s the advantages and disadvantages of living near solar farm.